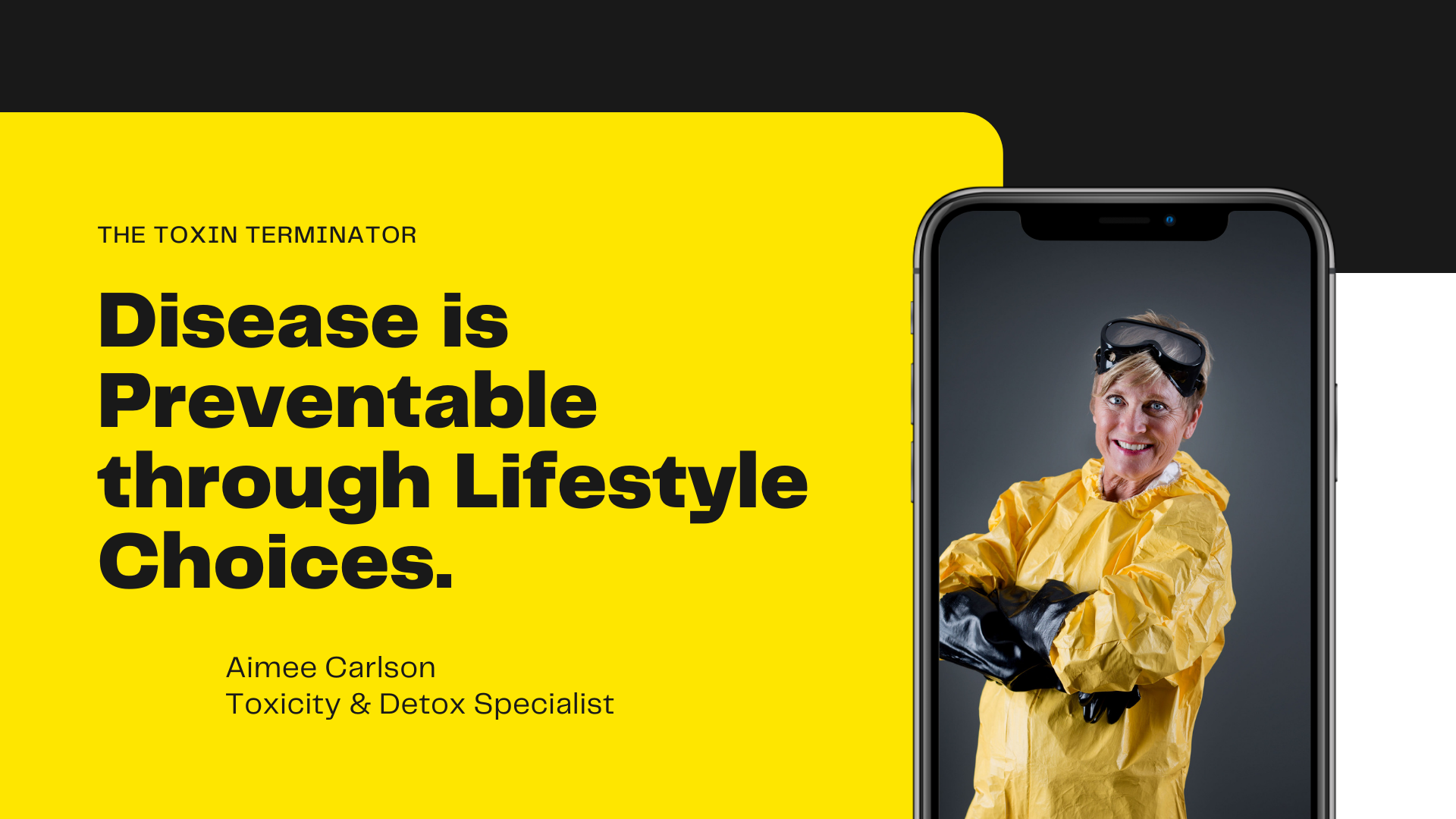 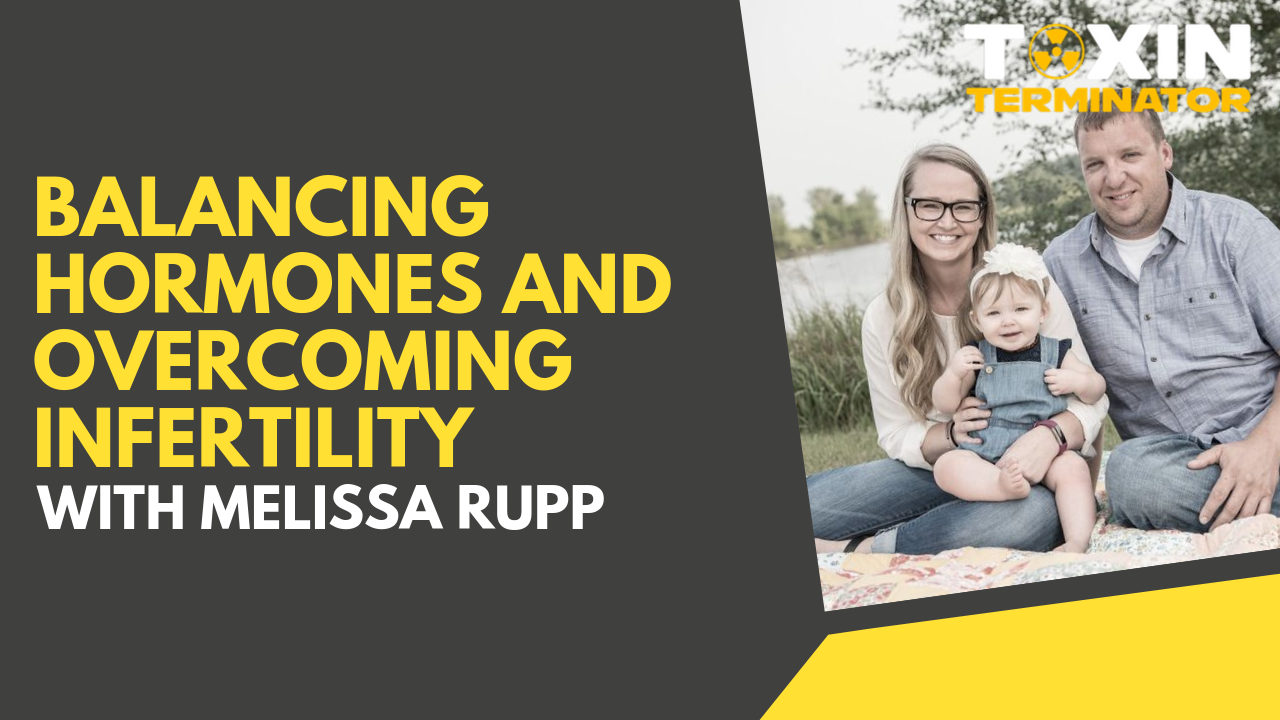 The contraceptive pill contains a combination of estrogen and a progesterone designed to help regulate periods and make them lighter and less painful. But, is the pill a potential toxin to our body?

Dr. Melissa Rupp, a Chiropractor in Northwest Iowa, has experienced hormone imbalance issues and painful periods since she was just 12 years old. As she got older and started experiencing symptoms pointing to endometriosis, she looked to her doctor for guidance, support and above all, a cure.

Her doctor’s solution? The pill.

Instead of helping Melissa deal with her symptoms properly, she was given the pill as a type of ‘one-stop’ solution to her problems. However, Melissa believes that the pill is partially responsible for her infertility and eventually stopped taking it.

After years of infertility, pain, and grief, Melissa made some drastic lifestyle changes that helped her to renew her health and remove hidden toxins from her body, a smart choice that eventually lead to her becoming pregnant and giving birth to a healthy baby daughter.

Melissa’s story is truly inspirational and powerful. Keep reading to find out more about Melissa’s battle with endometriosis, infertility and why she believes the pill is one of the worst toxins that women willingly put into their bodies!

The contraceptive pill: Is it a toxin to our bodies?

Like many young girls her age, Melissa started having periods when she was 12 years old. As Melissa notes, that time of a woman’s life is already a giant mess on it's own. However, she always felt like her experience was a ‘bigger mess than everybody else’s.”

She was on her period for two months straight and living on pain relief tablets when her mom took her to the doctor. The doctor’s solution was to put her on the pill, assuming that the pill would help regulate her cycle and take care of the problem.

Melissa continued to take the pill from age 13 to 30, when she finally went off it.

The pill can be a great form of birth control for many women and help reduce symptoms of painful periods. However, it can have a serious toll on your hormones. After all, the ‘fake period’ you get while taking the pill is nothing but breakthrough bleeding. It’s not a real period.

Melissa believes that taking the pill can impact fertility. All you have to do is read the leaflet that comes with the pill to see a long list of potential symptoms from headaches to possible blood clots. Not to mention that the pill is known to reduce the production of cervical fluid, which is an essential component of conception.

When I asked Melissa if she thinks the pill is a toxin to our bodies, her answer was, “Yes, absolutely,” and I have to admit that I 100% agree with her on this one. 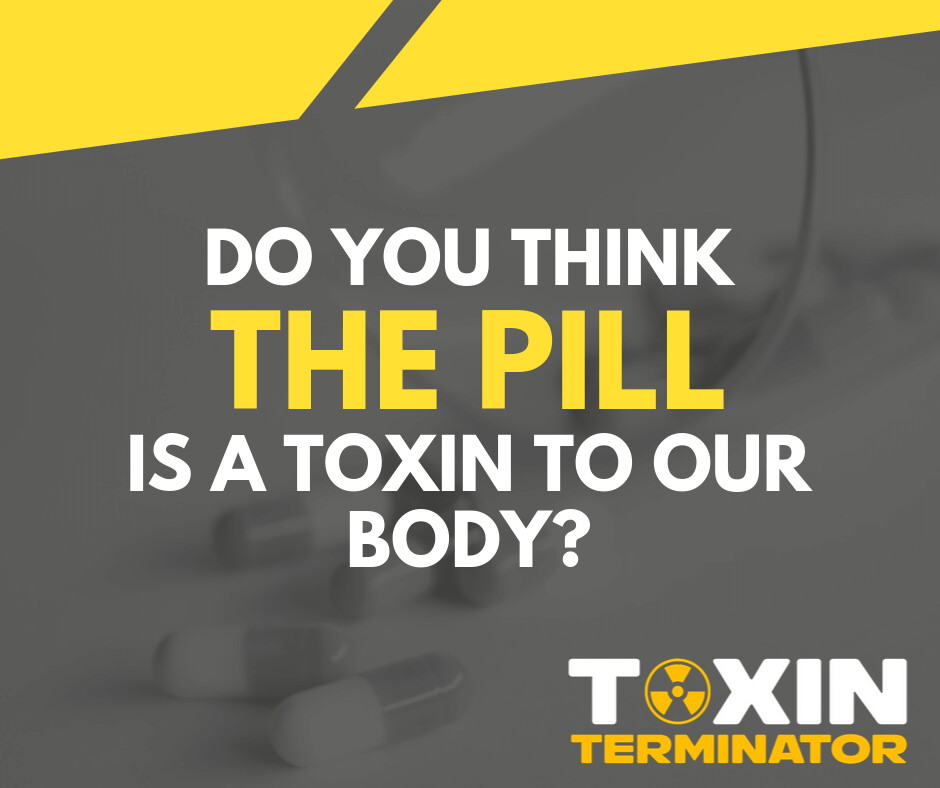 Seeking help from a fertility doctor

After going off the pill and suffering terrible periods that made her sick and unfit to even stand up at times, she went to see a fertility doctor.

The fertility doctor gave her two options. She could either get pregnant or go back on the pill. Those were her only options…or so she was led to believe.

For the time being though, she was asked to do some charting and track things like her body temperature each morning to see if and when she was ovulating. However, the results showed that Melissa wasn’t ovulating at all.

So, she was put on a medication called Clomid. Clomid is a non-steroidal fertility medicine and is similar to what the pill does to your body except it’s designed to trigger ovulation. This medicine is commonly used for women with polycystic ovary syndrome and can lead to weight gain. In fact, Melissa gained 10 pounds in just three months and had to come off it again.

Endometriosis is a painful disorder where the tissue lining the inside of your uterus (the endometrium) grows outside your uterus.

Melissa revealed that she always knew she had endometriosis. She had many of the symptoms associated with the disorder but whenever she sought help for it, her concerns were overlooked.

“In the back of my head, I always knew I had endometriosis…but every time I mentioned endometriosis to my doctors, they blew me off and said, ‘No, you don’t have that and even if you do, the pill will cure it.”

To help reduce the inflammation associated with endometriosis, Melissa started doing extensive research and learned as much as she could about the disorder.

She also looked into the thyroid because she believed that she also suffered from some sort of thyroid problem. She didn’t know what it was yet but had symptoms such as brittle hair, eczema, and acne, all of which are related to your thyroid.

So, she decided to detox her body and make important changes to her lifestyle. She ate healthier, starting using essential oils, cut dairy and wheat from her diet and it wasn’t long before she started seeing improvements.

Using the Creighton Model to enhance the likelihood of pregnancy

After making a few positive changes to her lifestyle, Melissa was pregnant even though her doctor told her she didn’t ovulate. Unfortunately, she experienced spotting and had a miscarriage, which was a huge knock-down for both Melissa and her husband.

Time passed and when she felt ready, she found Dr. Hansen from the Orange City Fertility Care Center. There, they teach a method of charting called the Creighton Model. Instead of charting your temperature every day, you chart your cervical mucus.

Melissa was ‘in love’ with this program because they focused on treating the underlying issues to enhance fertility and your likelihood of becoming pregnant.

A part of the process involved eliminating certain everyday products swarming with toxins that could mess with your natural hormones. So, Melissa stopped using things like artificial hair dyes, face products, soaps, and processed foods.

Here are some words of advice from Melissa to anyone who wants to clear their bodies from these harmful toxins:

“We need to clean up our bodies, because these are things that are happening to us when we're kids and we don't know any different, right? And all of a sudden, we become adults and we feel like junk.

So, it takes time for our body to realize what it's supposed to do and what it’s meant to do and for us to get rid of all that excess clutter.”

After two months, Dr. Hansen was able to then look at Melissa’s chart and immediately determine that she had endometriosis, polycystic ovarian syndrome, thyroid dysfunction and extremely low progesterone.

Dr. Hansen referred Melissa to the Pope Paul Institute in Omaha, which is a reproductive health clinic where the Creighton Model was developed. Their natural family planning is based on Catholic teachings and uses Natural Procreative Technology (NaPro Technology).

Natural Procreative Technology focuses on reading the underlying issues to help enhance your fertility. After six months, Melissa underwent a Laparoscopic Surgery to treat her endometriosis. She also had to cut out wheat, sugar, gluten, soy, and dairy from her diet and took progesterone pills for 10 days per month.

She was also put on a thyroid regimen where they did compounded progesterone and compounded T3. These are bio-identical hormones, which means they are natural and not artificial.

Soon after all of this, Melissa dropped 12 pounds, her hair stopped falling out, her eczema cleared up and she had her first normal cycle in 20 years in November that year. By December, Melissa was pregnant.

Melissa’s long and difficult journey finally came to a happy ending. But, before we finished our conversation, I asked her to share three tips that she would give to someone in a similar position to where she was at this time.

1. Get off the pill. If you’re on it, research it and get off it. Find a doctor that can help you.

2. Get rid of harmful personal care products and make sure that you read those labels to see what you’re putting on and in your body!

3. Listen to your body. Your body is trying to tell you what’s going on and if you’re not listening, things will continue to get worse for you.

If you want to find out more about Melissa and her journey through balancing hormones, removing harmful toxins from her body and having her daughter, you can check out Melissa’s inspirational blog that details the entire story.

Melissa is also a member of the amazing organization, Guiding Star, that helps thousands of women on the journey to reclaim natural authority of their own bodies and family planning.

To watch a video trailer of the podcast episode, hit play below:

Adrenal Support
As we discuss recharging our bodies, I have to tell you that using these two essential oils have been a lifesaver for my adrenals!!  I find nutmeg to irritate my skin on it's own, so I use a bit of coconut oil.  Apply 1-2 drops of NUTMEG over adrenals (found on mid back just about an inch on either side of your spine) first thing in the morning.  I then apply a drop of ENDOFLEX over my thyroid and a drop or two over my adrenals as well!  Check out the picture below. The adrenal glands are the yellow on top of the kidneys.   Need to get some of these oils?  CLICK HERE TO GET STARTED 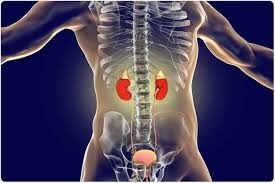 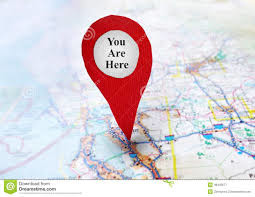 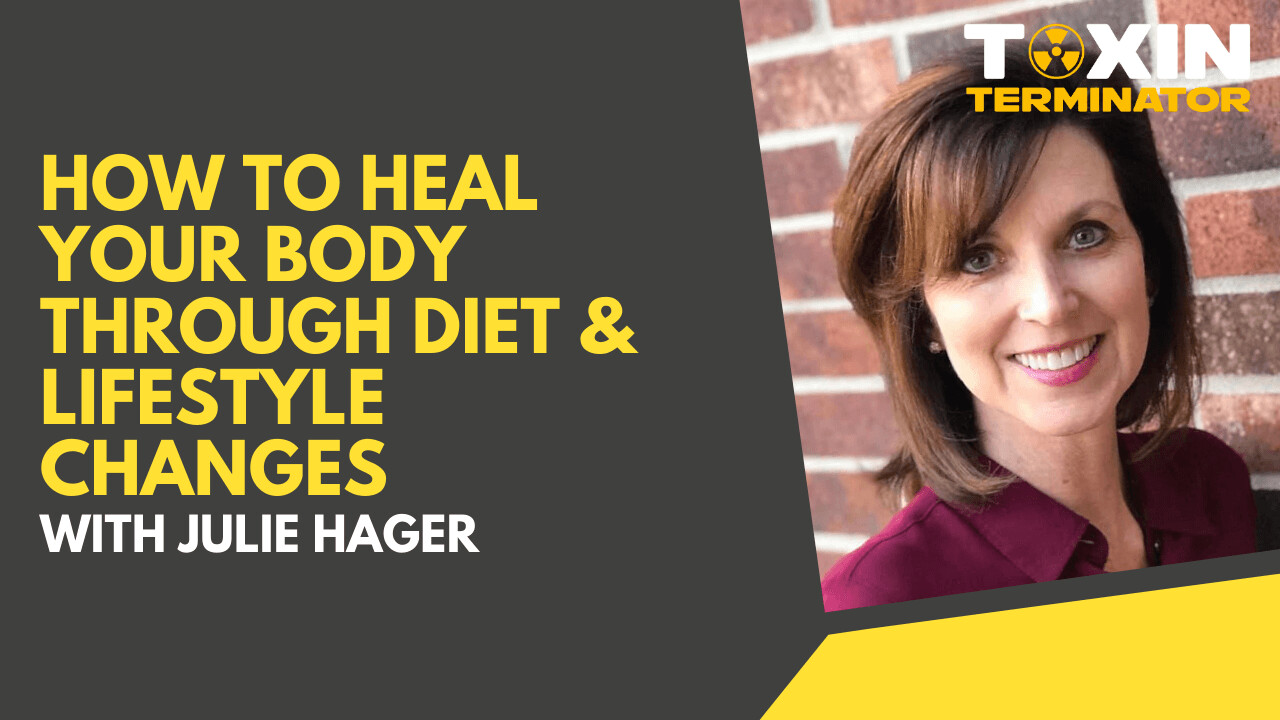 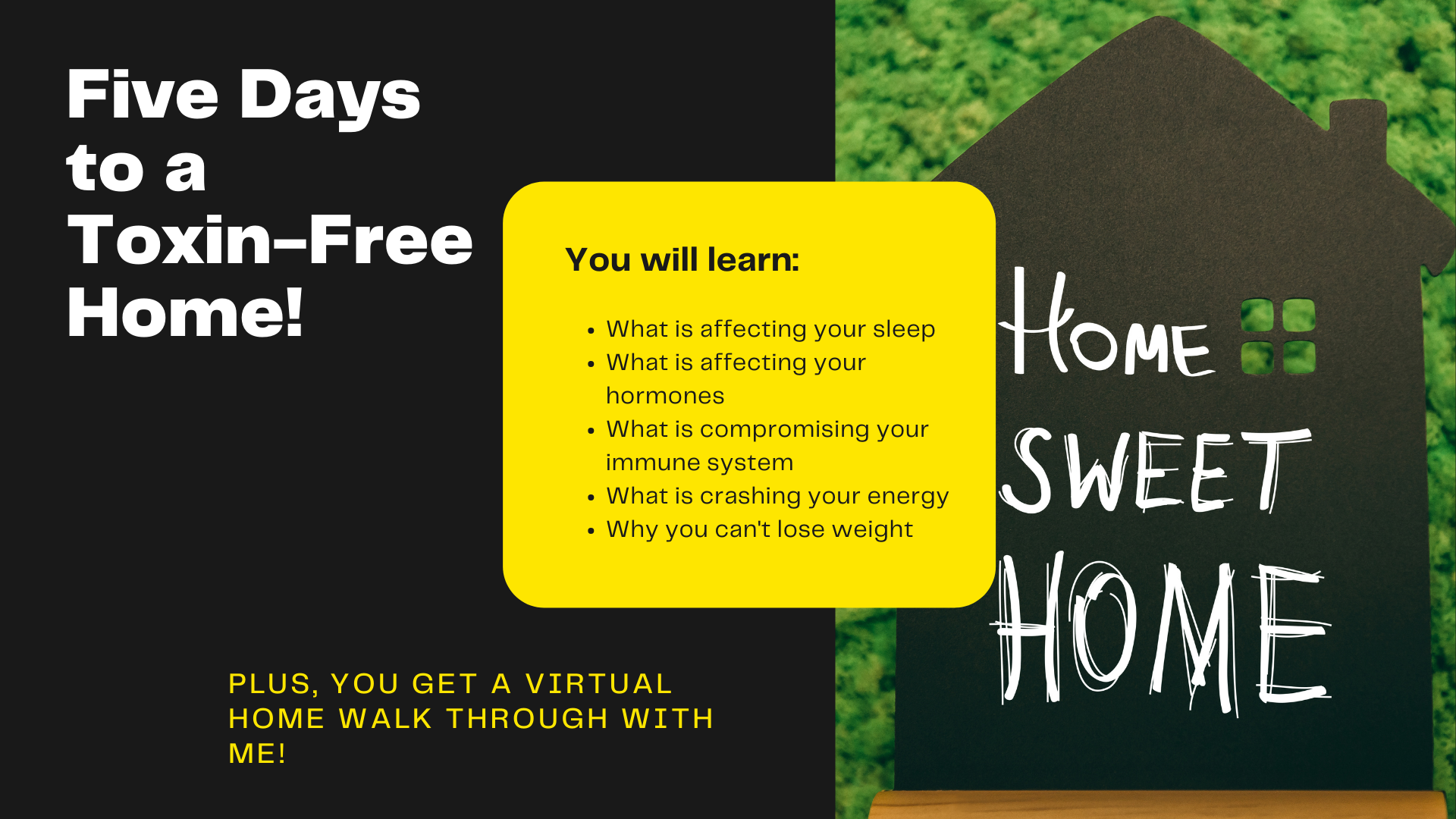 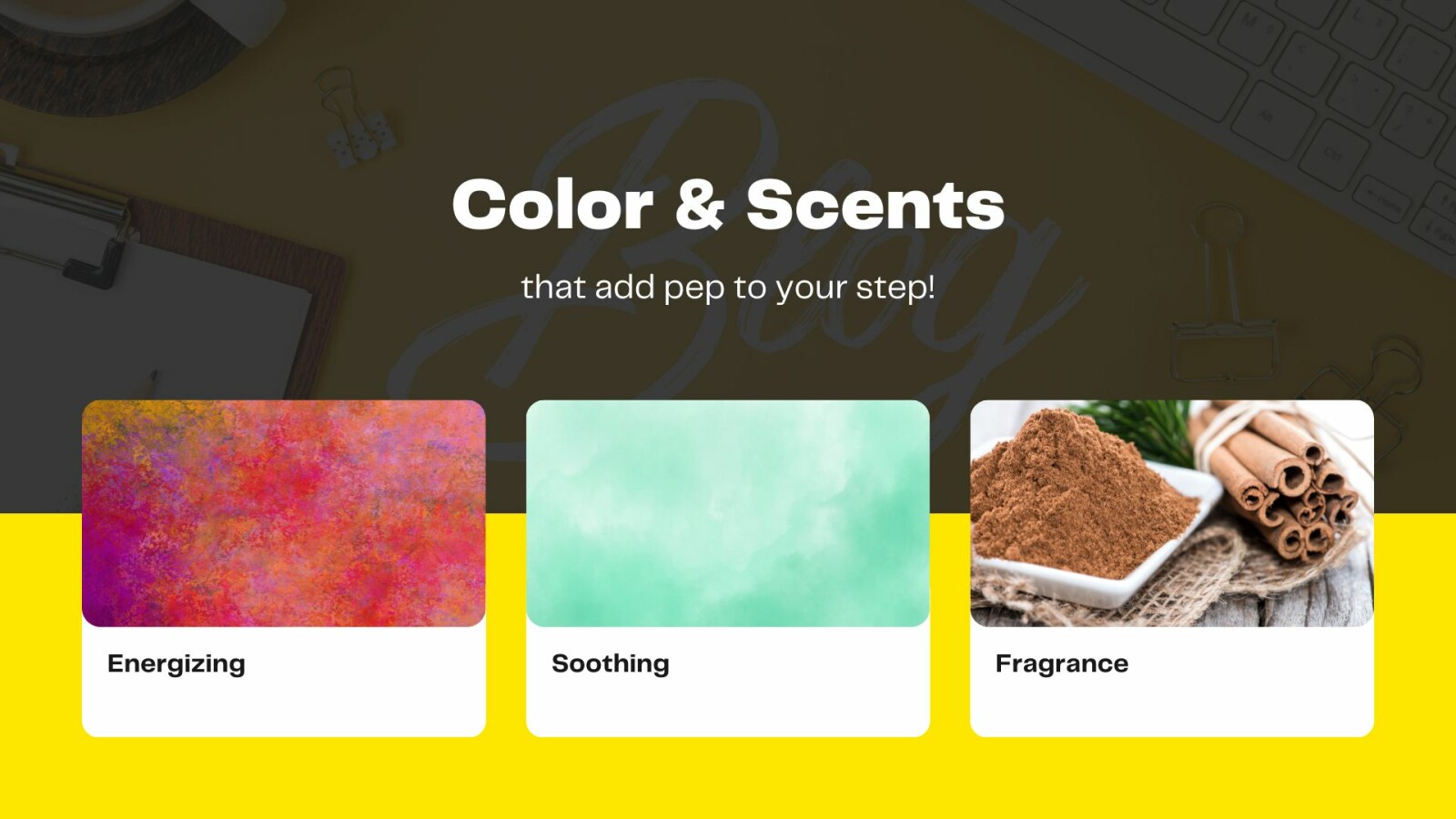 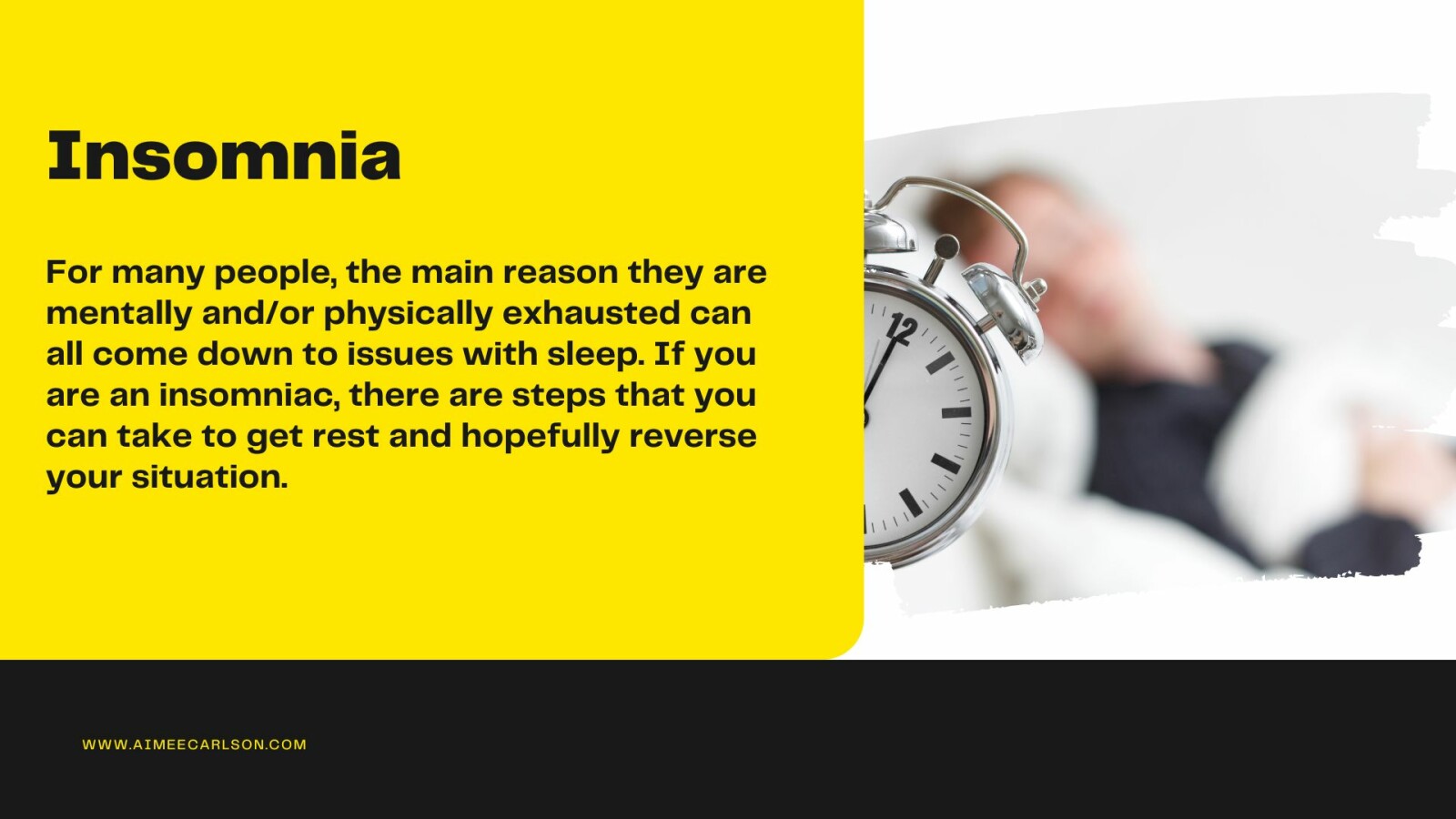 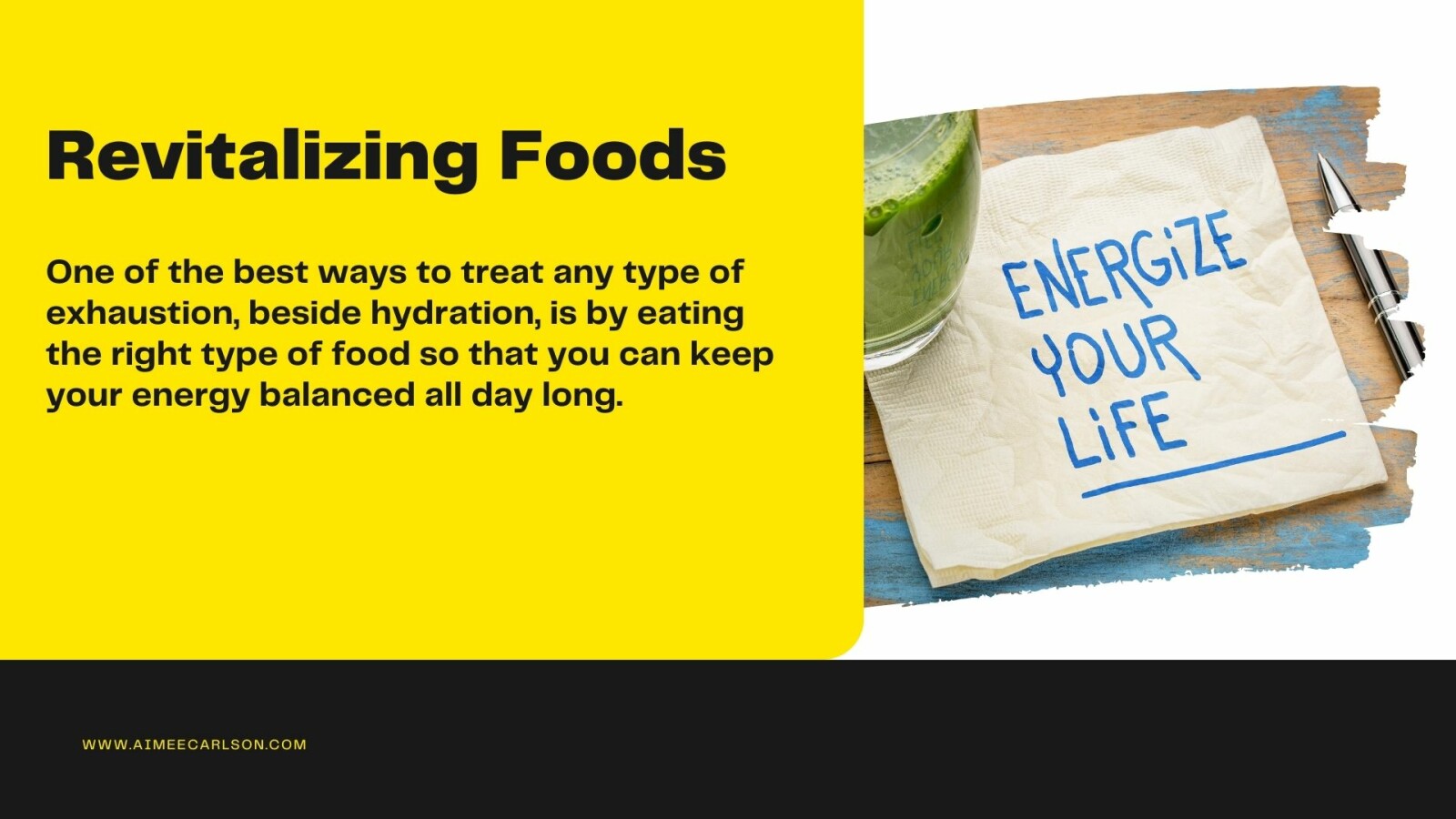 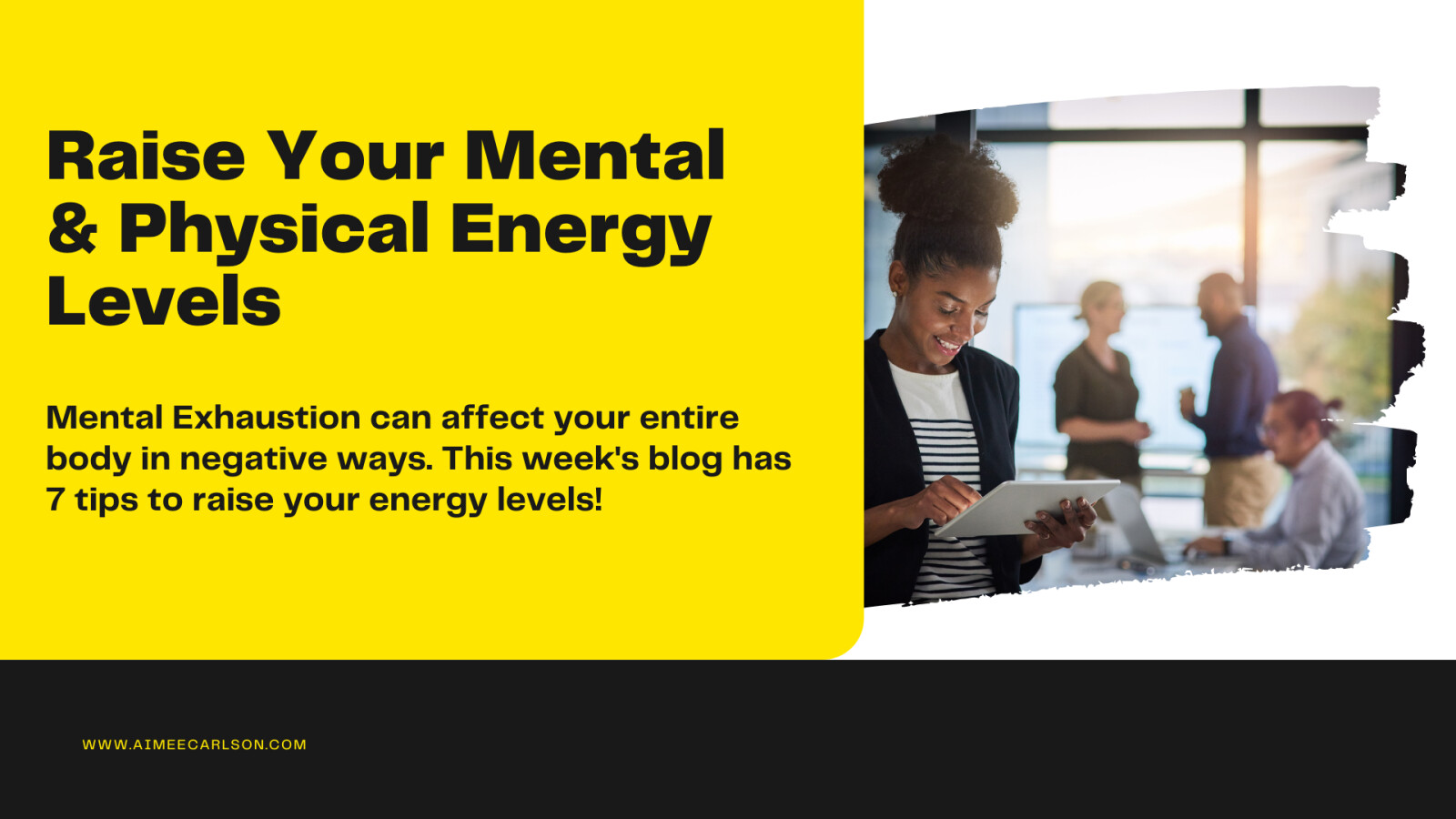 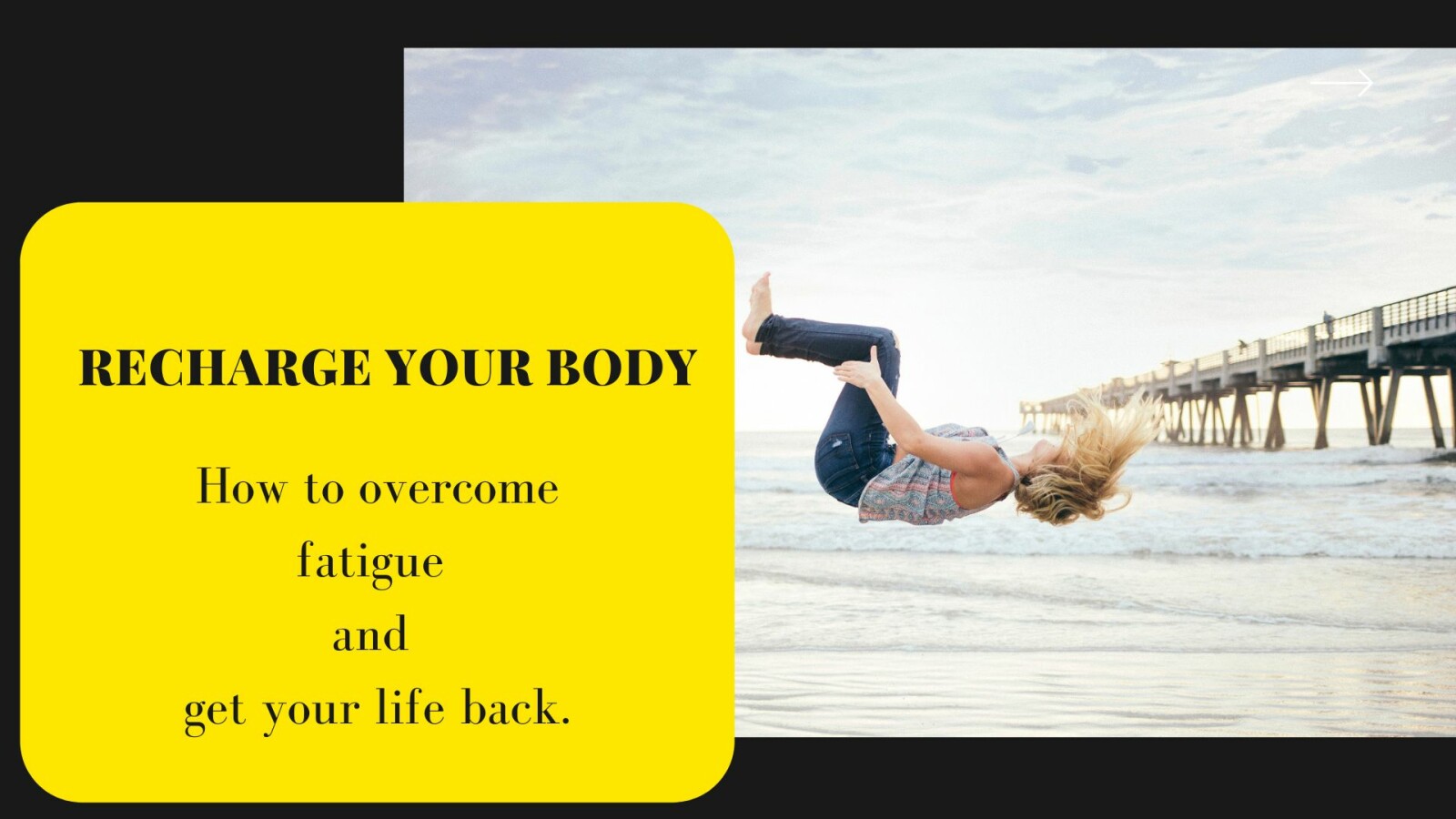 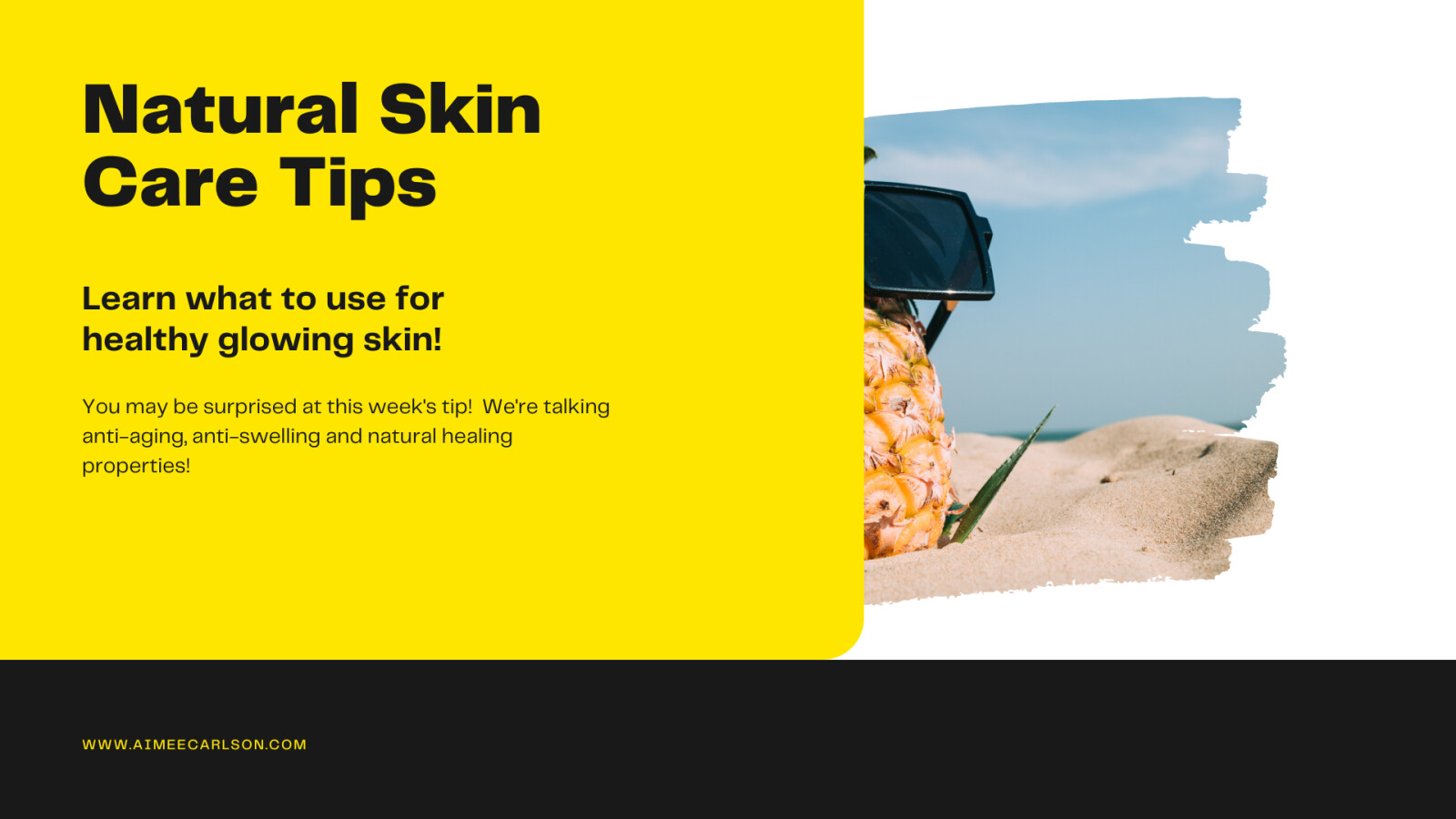 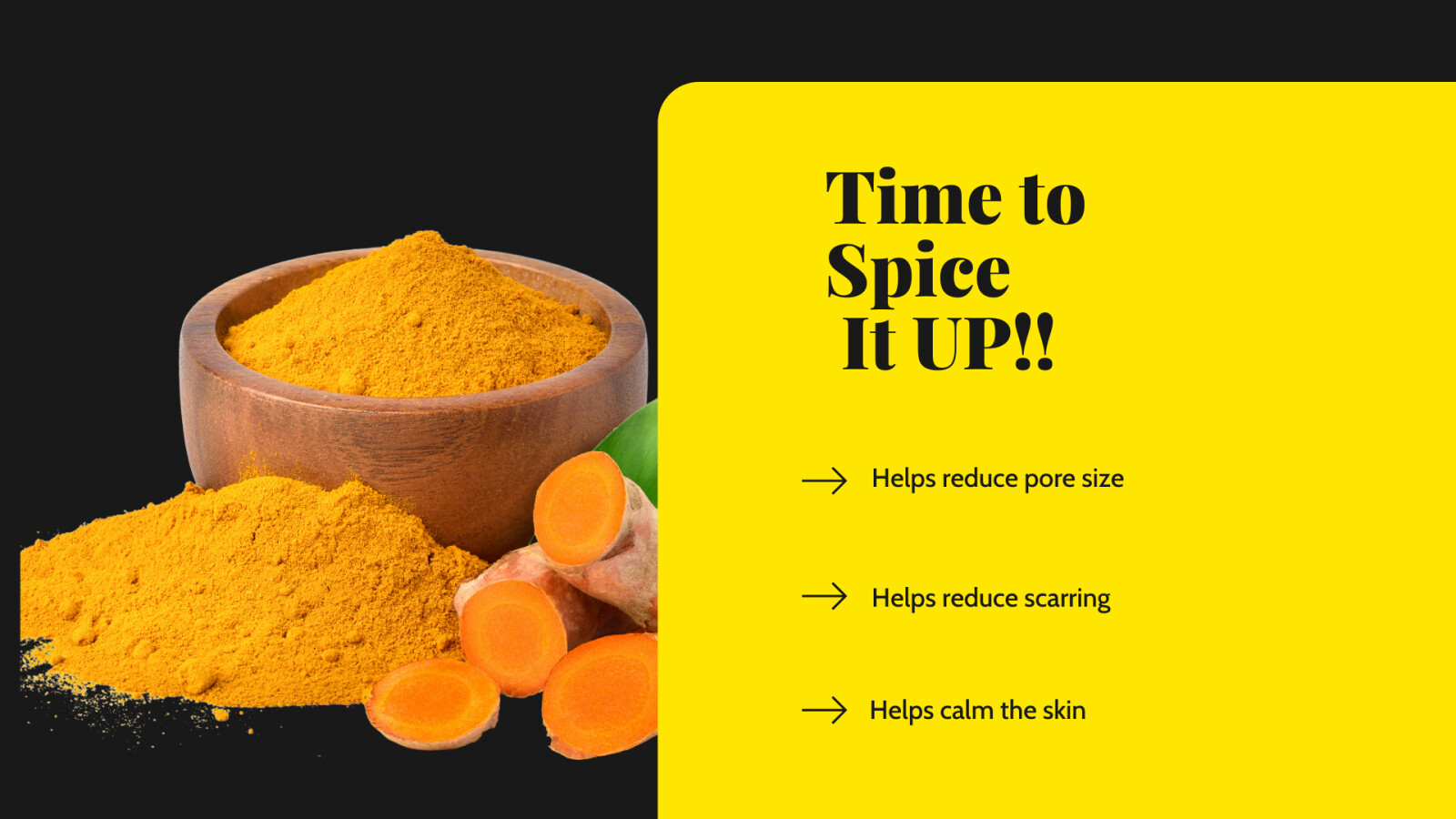 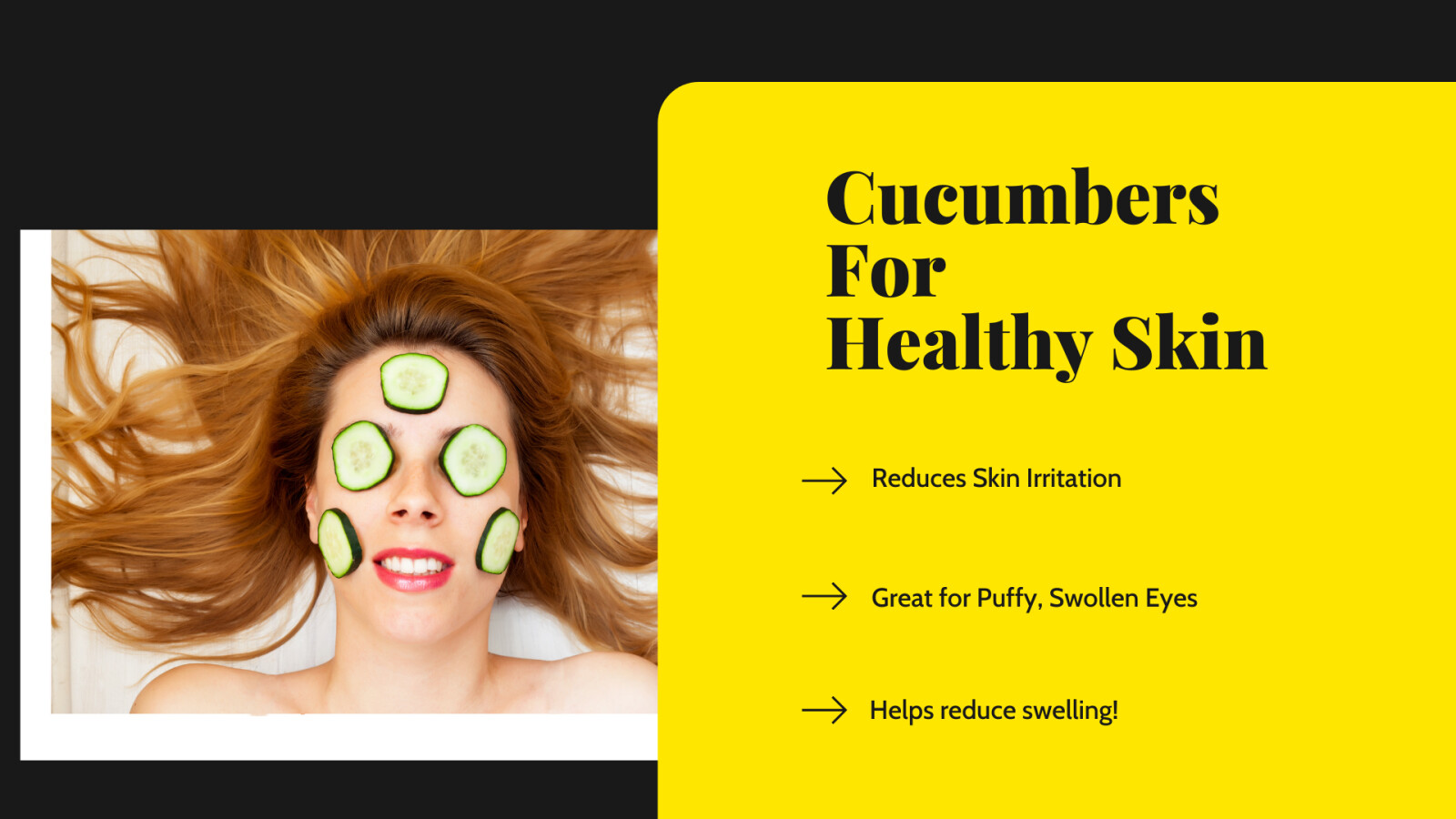 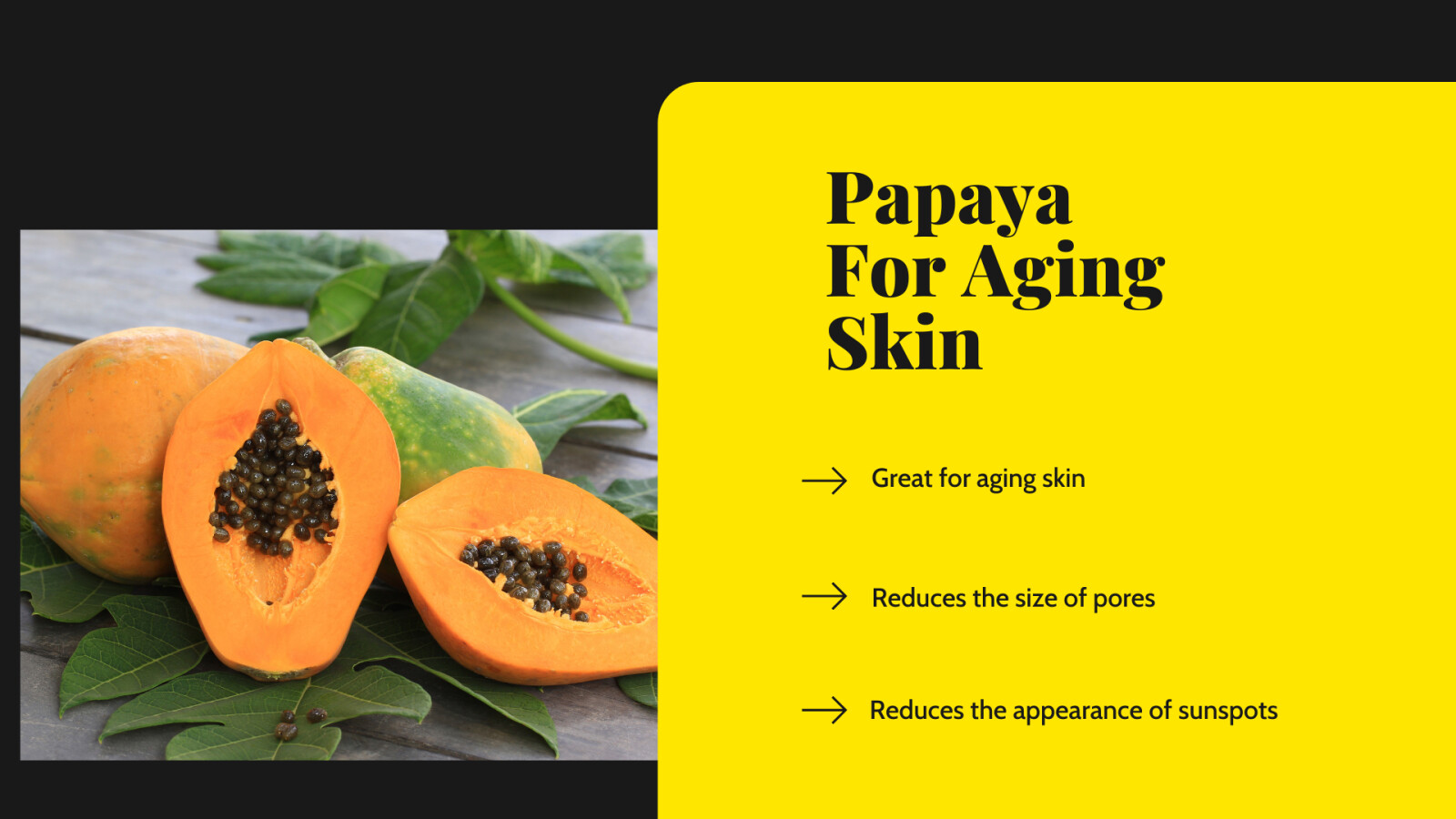 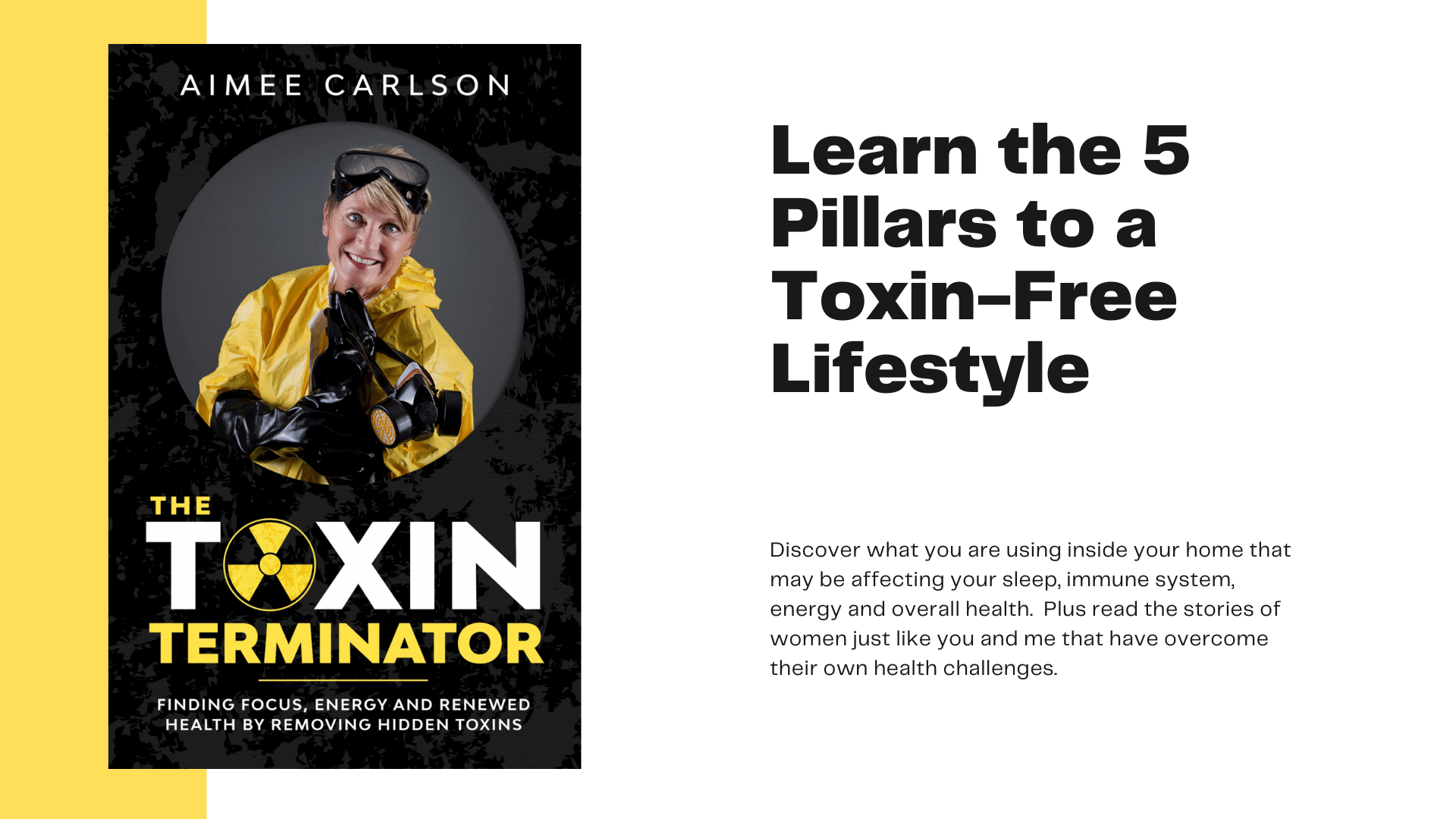